Does it matter why they are homeless? A million reasons and answers can be given but will always stop at the same two words; Human and Homeless. It is hard not to walk past someone, homeless or not, and write their life story out in your own mind without a rethought or wonder for the persons well being. I do it myself but today my heart weighs heavy for those with no home or a warm bed to find safety or comfort from the frigid weather and elements. The smallest act of kindness could be the greatest gift to someone with nothing.

Here are a few stats and photos to think about while you turn up the heater, snuggle into a soft blanket or throw another piece of wood in the stove:

On a single night in January 2018, just over 37,800 Veterans were experiencing homelessness. On the same night, just over 23,300 of the Veterans counted were unsheltered or living on the street. Between 2017 and 2018, there was a 5.4 percent decrease in the estimated number of homeless Veterans nationwide. Homeless Veterans
The January 2017 Point-in-Time count, the most recent national estimate of homelessness in the United States, identified 553,742 people experiencing homelessness. Homeless in America
New York State is home to two-thirds of all homeless students in the Northeast. In the nation’s capital, the homeless student population grew by 66% over 3 years. While rural homelessness increased by 11% nationwide, states like Minnesota experienced a growth of over 50%. The number of homeless students living in a shelter in South Dakota doubled over 3 years while New Mexico’s unsheltered homeless student population nearly quadrupled during the same period. Institute for children, poverty & homelessness

A homeless man sits covered in snow early on March 25, 2013 in Washington, DC. A messy Monday is in store for millions along the East Coast, with winter weather advisories warning of a mixture of snow and rain for Washington, DC, Philadelphia, metropolitan New York and parts of northeast New Jersey. AFP PHOTO / Karen BLEIER (Photo credit should read KAREN BLEIER/AFP/Getty Images) 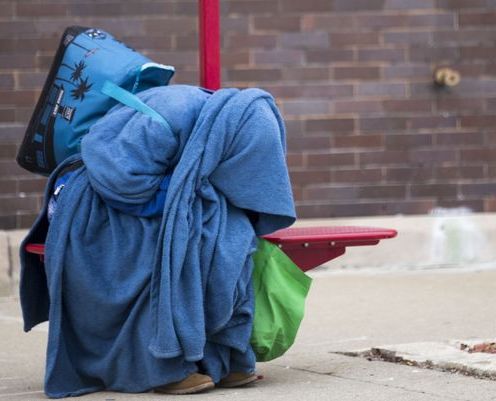 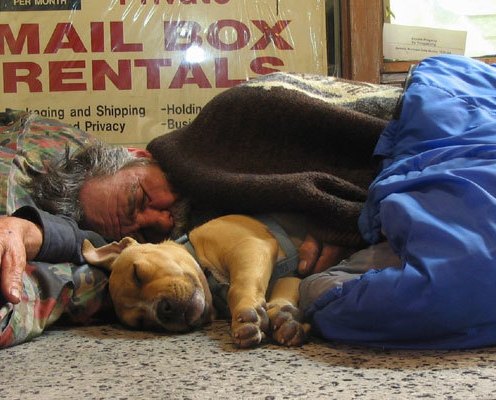 A man sleep on a sidewalk near the intersection of Bay St. and Queen St. W. in downtown Toronto on Wednesday. 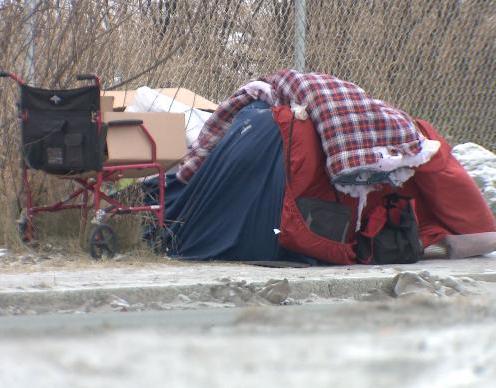